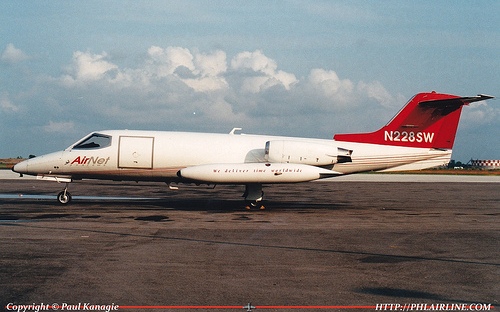 In general, I’m the kind of girl who appreciates the classics.  If given a choice between a 1969 GTO convertible and a 2011 Cadillac, I’d be out hunting down some fuzzy foam dice to proudly hang from the mirror of my Goat.  I  prefer the original Planet of the Apes over the 2001 remake, although I do enjoy Tim Burton’s work, and readily admit that Charlton Heston’s cameo was brilliant and Mark Wahlberg provided some nice eye candy.  And when it comes to airplanes, I’ll take the old steam gauges over a glass cockpit in a nanosecond.

It is probably this personality quirk which allowed me to appreciate and later unabashedly love Sky Whore.

Each aircraft in my employer’s stable had a generally agreed upon name based on it’s registration.  Some designations made more sense then others.  For example, N100WN was known as “Willie Nelson” because it had once been owned by Willie Nelson and N81FR became “Fred Rime” in honor of  it’s primary pilot.  Some names simply sounded good such as  “Bubble Gum” for N88BG, “Wild Ride” for N31WR and “Crack Pipe” for N64CP.  And, finally, some labels described the aircraft’s “personality” and that was why most pilots referred to N228SW as “Shit Wagon.”  Once I got to know her, however, I decided “Sky Whore” was a much more fitting moniker since she worked her empennage off making money for The Man while being completely unappreciated.

A Learjet 25D built in 1977 and sporting two CJ610 jet engines originally designed for military fighter aircraft and producing up to 3,100 pounds of thrust each, and capable of a cruise speed of over 500 m.p.h., a climb performance of over 6,000 feet per minute and a service ceiling of 45,000 feet, Sky Whore was an absolute joy to fly.  She was old, loud, brash, tough, fast and burned through jet fuel faster than an alcoholic at the company Christmas party’s open bar.  And like most Learjets, she kept you on your toes and made you pay attention because she was always waiting to bite you in the ass if you let her get away from you.  Learjets do not suffer complacent pilots gladly.  She was a mechanical version of my soul sister.

She even provided opportunities for me to razz my fellow freight dogs.  On one such occasion, I was flying Sky Whore into Midway on our last leg of the day and for some reason, I didn’t slow down to proper landing speed soon enough to land.  I executed an extremely loud go-around, possibly waking up everyone within 50 miles of the airport, stayed in the traffic pattern and came around for a successful landing.  This turn of events delighted my colleagues also enroute to Midway and we were barely off the runway when the radio relayed the following taunt: “Did you get lost?”  To which I immediately replied, “I did some pattern work and still made it in before you, slowpoke.  Try to keep up next time.”

Every time I flew Sky Whore, I felt a freedom and elation I hadn’t felt since I was a student pilot on my first solo.  She reminded me why I wanted to be a pilot and why, in the end, all the hard work, long hours and substandard wages were worth every second with her, despite the fact that she didn’t have a good spot from which to hang my fuzzy foam dice.