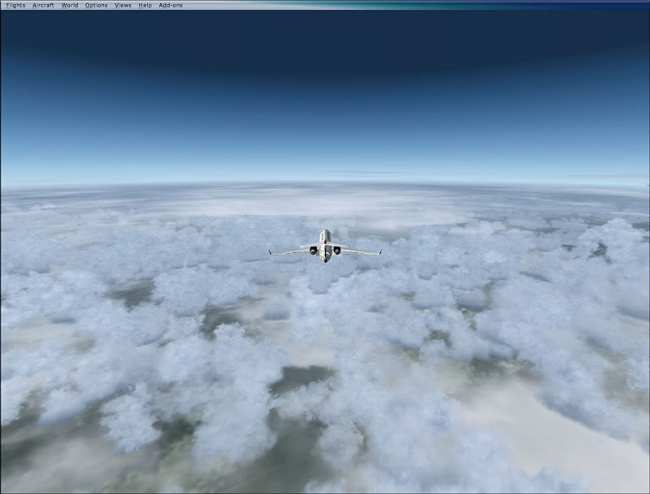 I’m afraid of heights. Well, I suppose it would be more accurate to say that I’m afraid of falling. When I was a child, I wanted to be an astronaut – until I got my first gander at the Earth from orbit. I almost had a panic attack just watching it on television.

I rediscovered this aversion in high school. I was a member of the marching band colorguard, and we once had the honor of participating in the Chicago Columbus Day parade. The route took us over a bridge that was really nothing more than a metal grate. The instant I realized that I could see below myself, I freaked and had to have a parent escort me over the bridge on the adjacent, non-mesh, sidewalk.

I will never, ever, go skydiving. It goes way beyond the old expression of “why jump out of a perfectly good aircraft?” – I’ve seen those aircraft. They are most definitely NOT what I would classify as “perfectly good” by any stretch of the imagination. And frankly, I don’t care if the wings have fallen off, I am going down with the ship.

Then why, you may ask, did I become a pilot in the first place? Because my fear of falling never bothers me while I’m in an airplane. I’m enclosed. I’m in control. And I have a glorious view that few have the opportunity to experience first hand.

When you first take off in an airplane, you can barely see the end of the runway. As you gain altitude, you can suddenly make out the entire airport as well as the surrounding community. Higher still, and the entire city is easily discernible. Then, perhaps a majority of the state, until – as I can tell you from personal experience – the curvature of the Earth is visible at 45,000 feet.

As your altitude changes, so does your perspective.

In the grand scheme of things, the average, every day human has only had the opportunity to experience this wondrous, bird’s eye view for less than a century. So, next time you’re taking that business trip on a 737 or an Airbus, take a look out the window. There are so many spectacular vistas only available from the perspective of 35,000 feet. Don’t let the view slip away without appreciating how very special it is.

Tawn is a jet rated Airline Transport Pilot, serial entrepreneur, voice actor, and the Dragon Empress of Tawnlandia, a fantastical empire forged of dreams, magic, and of course, dragons. Learn more about her shenanigans and tall tales at TawnKrakowski.com, or follow #EmpressTawn on Instagram @tawnkrakowski or Facebook.com/TawnKrakowskiAuthor. View all posts by Tawn Krakowski

14 thoughts on “A is for Altitude”